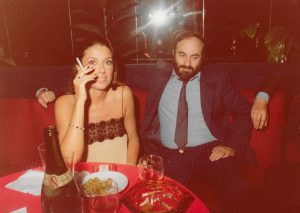 Mónica Randall was born in Barcelona where she studied Dramatic Art and made her debut in the theatre shortly after, in comedies such as “CENA DE MATRIMONIOS” and “PISITO DE SOLTERO”. She was part of the Alejandro Ulloa Theatre Company.

Randall, did film and theatre, but she combined them with television since 1964 in TVE spaces such as Estudio 1, Novela, Teatro de siempre. In ’73, she presented the program “MÓNICA A MEDIANOCHE” and in 1974-1975 she presented the Tele-Magazine. Later, she hosted “COSAS” which was followed by the program “RASGOS” (1982). Finally, she played Nuri in “JUNTAS, PERO NO REVUELTAS” (1994-1995) and she was part of the cast of “ANA Y LOS SIETE”.